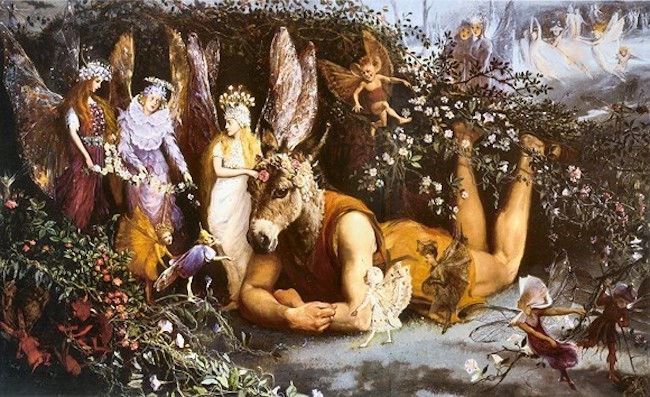 ‘The greatest child prodigy since Mozart’ they said. Mendelssohn had made his first public concert appearance at the age of 9 and by his teens had five operas and 11 symphonies to his credit. He had also composed the Overture to one of Shakespeare’s iconic plays – but why did it take him 16 years to complete the project?

Felix Mendelssohn’s music for William Shakespeare’s play, A Midsummer Night’s Dream spans both ends of his compositional career. He wrote the Overture in 1826 when he was just 17 years old. Music scholar George Grove called it ‘the greatest marvel of early maturity that the world has ever seen in music’. However, he was not to write the incidental music for the rest of the play until 1842, only a few years before his death.

The young Mendelssohn had just read a German translation of the play and it was said, by the composer’s biographer, Heinrich Eduard Jacob, that he had just scribbled down some of the musical ideas after hearing an evening breeze rustle the leaves in the garden of the family’s home.

Mendelssohn first played his overture in a version for two pianos with his sister Fanny. He then orchestrated it for a public performance the following year in Stettin in what is now Poland. Mendelssohn travelled 80 miles through a raging snowstorm to get to the concert in which he was also one of the piano soloists in his Concerto in A-flat major for two pianos and orchestra, and the soloist in Weber’s Konzertstück in F minor. And as if that was not enough, after the interval he joined the first violins for a performance of Beethoven’s Ninth Symphony. In 1829 he conducted the first British performance of the Overture himself in London at a benefit concert for Silesian flood victims.

Although essentially a piece in the classical idiom, Mendelssohn also creates a uniquely Romantic atmosphere throughout the Overture. Moreover, it brilliantly sets the scene of Shakespeare’s play with the scampering of ‘fairy feet’, the royal music of the court of Athens, the ‘lover’s theme’ and the ‘hee-haw’ braying of Bottom as an ass.

16 years later in 1842 Mendelssohn was music director of the King’s Academy of the Arts and of the Leipzig Gewandhaus Orchestra. It took a commission from King Frederick William IV of Prussia to encourage Mendelssohn to complete the work as a 14-movement suite of incidental music for performance alongside the play. The earlier Overture was incorporated into the score which also includes the world-famous Wedding March.

Mendelssohn was not the first to be inspired by the play. Purcell’s 1692 restoration spectacular The Fairy-Queen for example, consists of a set of masques designed to be performed between acts of the play. And after Mendelssohn’s day his own score was recycled in various forms for film adaptations of Shakespeare’s comedy including Korngolds score for Max Reinhardt’s 1935 movie and Woody Allen‘s 1982 film A Midsummer Night’s Sex Comedy. Parts were even used in Gil Gates Jr’s 2002 A Midsummer Night’s Rave!

Mendelssohn’s magnificent Overture opens the next Firebird concert. Join us for a wonderful evening of three great works from the very heart of 19th century European classical music.