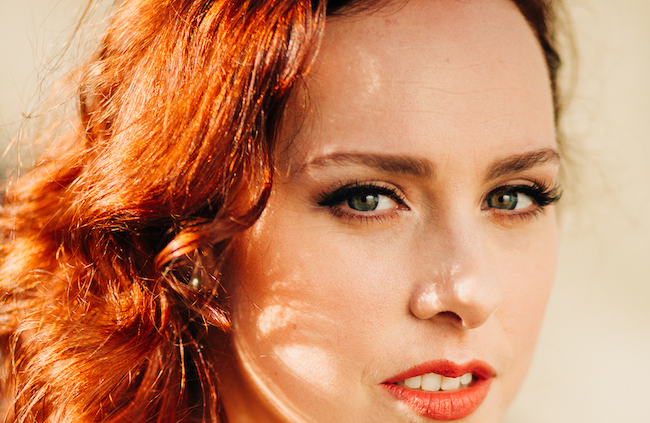 Gracing the stage for Mission Paganini alongside violinist Yury Revich on 22nd October is renowned Australian soprano Sky Ingram. We find out more about her dazzling career…

Having trained at the National Opera Studio, the Guildhall School of Music & Drama, the Western Australian Academy of Performing Arts, and the Elder Conservatorium at the University of Adelaide, it’s certain that Sky will deliver a magical performance featuring some fabulous arias by Puccini.

A multi-award winning and multi-talented soprano, Sky – who is now based in London – has performed all over the world.

She made her debut in the role of Lea in the world premiere of Glare for the Royal Opera House, Covent Garden, to huge critical acclaim, returning the following year to sing the goddess Venus in Rossi’s Orpheus.

Her American debut was as Avis in The Wreckers for Bard SummerScape in New York, and she continued on to sing the title role of Rusalka in Valladolid, Spain, and La Contessa in Le Nozze di Figaroin Kristiansand, Norway. Most recently, Sky debuted Donna Elvira in Don Giovanni with Garsington Opera and again in Paris at the Théâtre des Champs Élysées.

After winning the 2011 ROSL Overseas Trophy for the most outstanding musician from overseas, Sky Ingram was invited by Her Majesty The Queen to a reception at Buckingham Palace for ‘Australians of significance’ living and working in the UK.

Don’t miss this exciting opportunity to catch Sky in action performing in a concert that also features the world premiere of a new orchestral accompaniment to Paganini’s 24 Caprices by violinist Yury Revich.

Paganini on Tuesday
Scroll to top