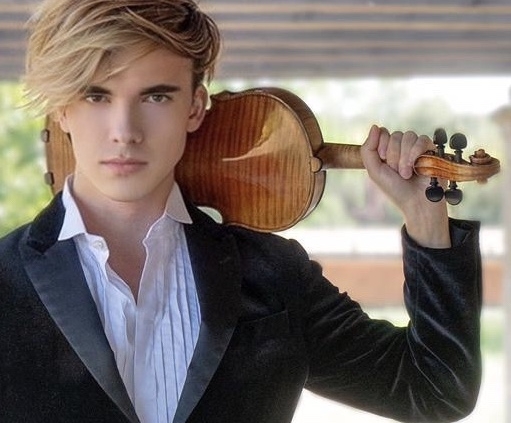 Niccolò Paganini was a major reformer, a great violin virtuoso, and a musician with an incredible charisma. According to legend, he even sold his soul to the devil!

Among Paganini’s many compositions are his 24 Caprices for Violin Op.1. These are considered the most technically difficult works ever written for this instrument.

Violinist Yuri Revich has taken a fresh look at those incredibly demanding pieces by presenting all 24 Caprices for the first time with his newly composed accompaniment for full symphony orchestra.

Yury explains: ‘I believe this new version of the Caprices brings a fusion of the mystery of Paganini’s music and the magic with a modern symphonic sound. I would like to invite you to experience the magic of Paganini in our own time. Mission Paganini, is something you won’t want to miss!’blooded authority, fleet-fingered dexterity, innate musicality and substantial accuracy…’

Paganini was born in what was then the Republic of Genoa – now part of Italy – in 1782. At the age of 18 he was appointed first violin of the Republic of Lucca where his fame as a violinist is said to been matched only by his reputation as a gambler and womaniser.

In 1805, the region was ceded to Napoleon’s sister, Elisa Baciocchi, who was to become the Grand Duchess of Tuscany. Paganini became a violinist in her court before becoming a travelling virtuoso and composer.

His first big break came in 1813 with an enormous success at La Scala in Milan. In 1827, Pope Leo XII honoured Paganini with the Order of the Golden Spur and his fame spread across Europe.

After a period of chronic illnesses Paganini returned to Parma in 1835 under the employ of Archduchess Marie Louise of Austria, Napoleon’s second wife. But after falling out with the orchestra and the court he left for Paris to set up a casino. Its immediate failure left him in financial ruin, and he auctioned off his personal effects, including his musical instruments before his tragic death in 1840.