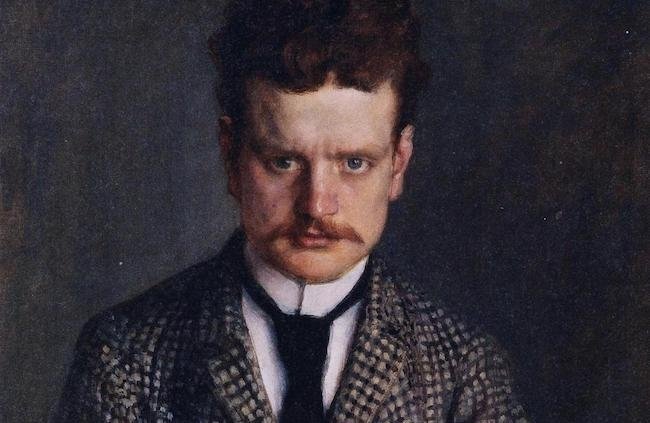 One of the main works in the Firebird concert on 11 June is Sibelius’s 5th Symphony. We find out more about the symphonies of Finland’s national hero…

Being credited with developing a country’s national identity is some accolade, but the symphonies of Jean Sibelius (1865-1957) helped define Finland’s struggle for independence.

Positioned precariously between Sweden and Russia, Finland had been part of the kingdom of Sweden since the middle ages. The 18th century ’Great Wrath’ wars twice led to the occupation of Finland by Russian forces.

Following the 1917 Russian Revolution, Finland declared itself independent but the fledgling state was divided by civil war. And during World War II, the Soviet Union sought repeatedly to occupy Finland.

But finally in 1955 Finland joined the United Nations and established an official policy of neutrality. Joining the Eurozone in 1995, Finland now ranks first on recent World Happiness Report reports.

The core of Sibelius’s work as a composer are his seven symphonies. But after his Seventh Symphony in 1924 he stopped producing major works in his last thirty years of his life.

His First Symphony of 1899 was composed at a time when patriotic feelings were being enhanced by the Russian emperor Nicholas II’s attempt to restrict the powers of the Grand Duchy of Finland. It was performed in a concert with several of his blatantly patriotic songs which immediately brought him the status of a national hero.

The 1902 Second Symphony was premiered during a period of Russian oppression and was received with tremendous enthusiasm by the Finns which further consolidated his reputation.

Despite bouts of excessive wining and dining in Helsinki, spending exorbitant amounts on champagne and lobster, Sibelius finally resolved to give up drinking to concentrate on composing his Third Symphony which uses themes from Finnish folk music. A reviewer described it as ‘internally new and revolutionary’.

The impact of this brush with death inspired his Fourth Symphony. But its introspective style was not warmly received in Helsinki and in New York members of audience left between movements with the Boston American labelling it ‘a sad failure’.

While travelling back from the US, Sibelius heard about the events in Sarajevo that led to the beginning of the First World War and he began working on his Fifth Symphony.

The sight of 16 swans flying by inspired him to write the finale. ‘One of the great experiences of my life!’ he commented. Sibelius conducted the premiere of the Fifth Symphony on the eve of his 50th birthday.

After several rewrites, and a resumption of the drinking, the work was finished coinciding with the Russian Revolution which was to have a significant impact on his life and those around him.

Following Finland’s liberation he premiered his Sixth Symphony in 1923 and at a subsequent performance in Gothenburg he enjoyed an ecstatic reception despite arriving at the concert hall suffering from over-indulgence in food and drink. Following the premiere of his Seventh Symphony in 1924 Sibelius was honoured with the Knight Commander’s Cross of the Order of the Dannebrog.

Although Sibelius started work on an eighth symphony it was not to be. Sibelius had always been self-critical remarking ‘If I cannot write a better symphony than my Seventh, then it shall be my last.’ He consigned all his surviving manuscripts to the flames in 1945.

At the time of his death in 1957, his Fifth Symphony was being broadcast from Helsinki. At the same time, the UN was in session and a moment of silence was called with the President saying: ‘Sibelius belonged to the whole world. With his music, he enriched the life of the entire human race’.