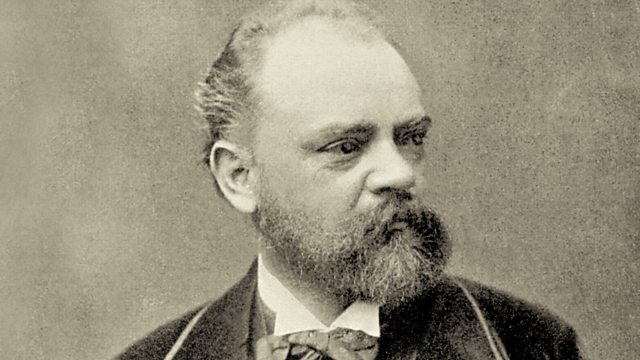 What does the word ‘Bohemia’ conjure up for you? Associations of wildly romantic eastern European castles? Or impoverished artists living in 19th century Paris? Or maybe ‘Bohemia’ the Raja King of Punjabi Rap?…

The next concert from London Firebird on Tuesday 9 October features two musical masterpieces by a true Bohemian composer – Anton Dvořák. The ancient Kingdom of Bohemia became a state within the Habsburg Monarchy from 1526. But when Dvořák was born there in 1841 it was part of the Austro-Hungarian Empire and the predecessor of the modern Czech Republic.

Dvořák achieved worldwide recognition for his music. He was well known for including rhythms and note patterns derived from the folk music of Moravia and his native Bohemia. But his reputation was to spread far wider across the world firstly with an honorary degree from the University of Cambridge, followed by a position as professor of composition at the Prague Conservatory and then to the USA as Director of the National Conservatory of Music in New York City.

O moon high up in the deep, deep sky,

Your light sees far away regions,

You travel round the wide,

This magical work will be sung by rising star Verity Wingate.

Dvořák’s 8th Symphony draws its inspiration from the Bohemian folk music that Dvořák so loved. The score was composed on the occasion of his admission to Prague Academy and he dedicated the work to ‘the Bohemian Academy of Emperor Franz Joseph for the Encouragement of Arts and Literature, in thanks for my election.’

Dvořák composed his 8th Symphony at his beautiful country residence in central Bohemia at Vysoká u Příbramě. He wanted to make his 8th Symphony stand out from the stormy romantic 7th Symphony. saying it would be ‘different from the other symphonies, with individual thoughts worked out in a new way.’

Its turbulent fanfare is worth waiting for opening with a glorious fanfare of trumpets. Conductor Rafael Kubelik once said in a rehearsal: ‘Gentlemen, in Bohemia the trumpets never call to battle – they always call to the dance,’ This will be the concluding work in this magnificent programme conducted by George Jackson.