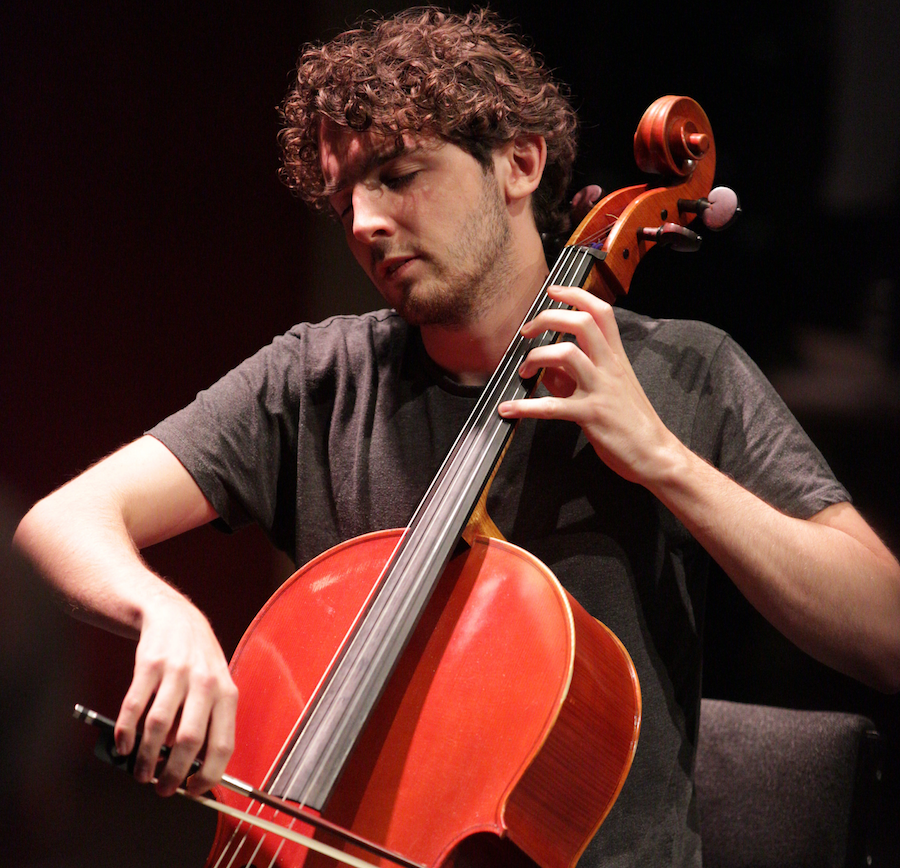 Appearing for his 16 March Firebird début performance will be Welsh cellist Steffan Morris as the soloist in Haydn’s Cello Concerto No 1. Nicholas Keyworth finds out more…

Firstly, tell us something about your background and your musical Welsh roots…

I feel very lucky to have been brought up within a musical Welsh choral environment in an area which had some great teachers. I was also fortunate enough to gain a place at the Yehudi Menuhin School to study with Thomas Carroll. After School, I went to study with the legendary Heinrich Schiff in Vienna. Schiff had always been a hero of mine, a constant source of inspiration for years and an amazing teacher. I was part of a small, tight-knit class and we got to spend a lot of time working with him.

Which do you prefer – Chamber music or orchestral playing?

I have always tried to keep a balance between different aspects of music making. Chamber Music is a huge part of my life. I currently play in the Marmen Quartet and I’m also Artistic Director of the Nidum Ensemble which is an innovative group performing works ranging from piano trios and quartets through to chamber orchestral works.

But I also thoroughly enjoy Orchestral work and have been very fortunate to guest lead some great Orchestras including the Vienna Chamber Orchestra, London Philharmonic Orchestra, BBC National Orchestra of Wales and the Royal Northern Sinfonia. I have some exiting upcoming solo Bach recitals in Wales and also concertos by Elgar and Saint-Saëns along with Tchaikovsky’s Rococo Variations.

And what about some of the highlights of your career so far?

Several things come to mind here: Performing this Haydn C Major Concerto on tour with Sinfonia Cymru was a real highlight for me. It was conducted by Paul Watkins who is someone I admire hugely. I also once played some solo pieces to a capacity crowd at the Albert Hall which was a little scary, although the place feels much smaller when it’s full!

As a Guest Principal Cello with the London Philharmonic Orchestra, I played Mahler 2 in the Royal Festival Hall which is my favourite Mahler Symphony. And most poignantly, I performed Vivaldi’s G Minor Concerto for two cellos with Heinrich Schiff in Wales. We had no idea at the time but this turned out to be his last ever public performance as a cellist. I fell very honoured and privileged to have played alongside him.

Turning now to Haydn’s Cello Concerto No.1, what makes it so special to you?

This is a piece I’ve loved ever since I can remember. I studied it with Schiff in Vienna and he always brought such warmth and energy to it. The Cadenza I’m playing on March 16th was written by Schiff in his customary humorous style – see if you can spot the quote from his favourite pop song!

Finally, what do you see as the value of an organisation like London Firebird?

An organisation like the London Firebird Orchestra is vital for the musical life of young professionals. It provides invaluable performing experience and learning opportunities for all involved. Familiarity with the repertoire is a key part of what we have to do and it’s fantastic to be able to do it along with like-minded people of similar age. Long may it continue!

Hear Steffan Morris perform Haydn’s Cello Concerto no 1. in C Major with the London Firebird Orchestra in HEROICS AND HIJINX on Thursday 16 March.