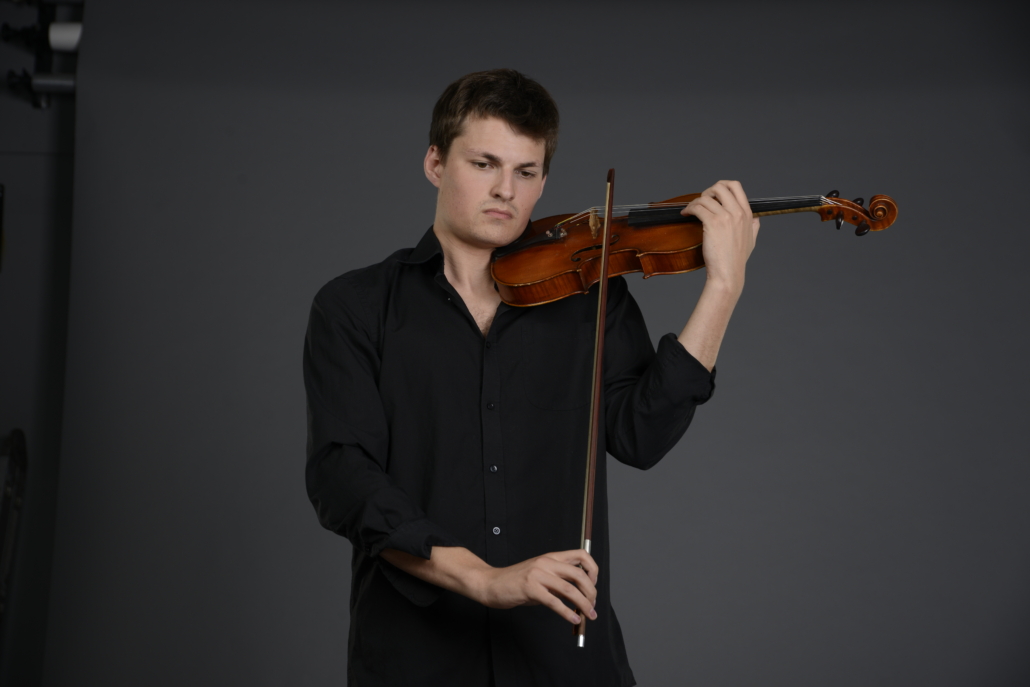 Tell us something about your musical training to date…

I started playing the violin when I was 5, in the Junior Strings Programme, which is based at the Royal Northern College of Music in Manchester. Following that I went on to study at Chethams before moving to London where I am starting my final year of MMus at Trinity Laban. Here I have been studying violin with Rivka Golani.

I’ve been involved with the London Firebird Orchestra for three years now. During that time I’ve had the pleasure of sitting as co-principal on the front desk of both first and second violins.

I play with several other gigging orchestras and foremost with my conservatoire orchestra. I am also a member of Duo Karma, with whom we give recitals around various London venues.

Tell us some of the highlights of your career to date…

Since arriving in the capital, I’ve been fortunate enough to perform chamber concerts in lots of fantastic venues including Kings Place, Wigmore Hall and most recently St Martins-in-the-Fields. A particular highlight for me, was giving the world premier of David Jaeger’s quintet, Sun Moon and Snake at a concert dedicated to the First Nation people of Canada, some of whom attended the event, where they also gave a very special performance of their own.

And what about your future ambitions in music?

My ambitions for the future is a big question for me – as with most musicians! At this point, I really want to continue making music, learning and improving. From everything I’ve experienced so far, music has such an all encompassing way of involving itself in every aspect of your life that it really feels like anything is possible.

What do you see as the value of Firebird to musicians like yourself?

Firebird offers young professional musicians a great opportunity to learn new repertoire and to work with fantastic conductors and soloists. It’s also a great place to meet new people and grow your network of musicians. Most of all, I really appreciate these opportunities to continue to throw myself into the process and continue to stretch and grow.

Egmont in October
Scroll to top