The highlight of Firebird’s next concert on 8 February will be Vivaldi’s masterwork Le quattro stagioni ‘The Four Seasons’. We discover the journey that led the 25-year-old Red Priest, or il Prete Rosso as he was nicknamed after his ordination in 1703, to write one of the most enduring works in the classical repertoire…

When Antonio Lucio Vivaldi was born in Venice in 1678 it was the capital of the Most Serene Republic of Venice. The day of his birth was also marked by a severe earthquake that shook the city so that his mother dedicated him to the priesthood. By the age of 24 he had developed prodigious musical skills and had started working at an orphanage called the Ospedale della Pietà as a maestro di violino (master of violin). 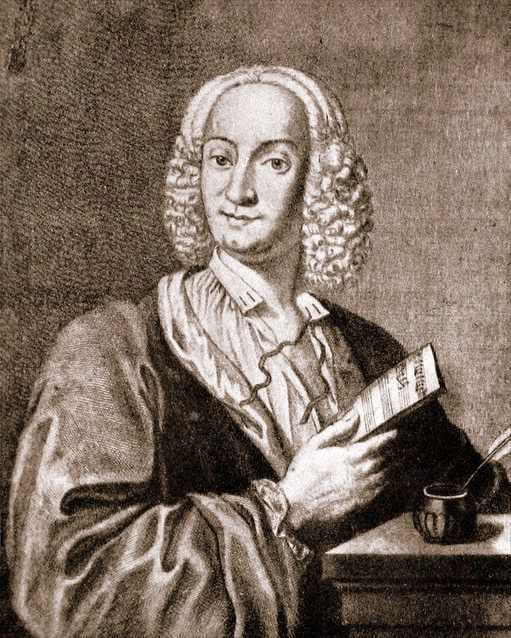 ‘that famous composer and violinist … played a solo accompaniment excellently, and at the conclusion he added a free fantasy [an improvised cadenza] which absolutely astounded me, for it is hardly possible that anyone has ever played, or ever will play, in such a fashion.’

Vivaldi’s real breakthrough as a composer came with his first collection of 12 concerti L’estro armonico. Published in 1711 and dedicated to Grand Prince Ferdinand of Tuscany, they became a resounding success all over Europe and he was soon travelling and performing for the Governor of Mantua, in Milan, and then in Rome before returning to Venice in 1725.

It was during this period of travel that he wrote The Four Seasons, his collection of four violin concertos which were a revolution in musical conception in their day. 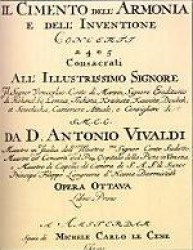 Depicting flowing creeks, singing birds, buzzing mosquitoes, crying shepherds, drunken dancers, frozen landscapes and warming winter fires, these concerti stand as one of the earliest and most detailed examples of what would come to be called programme music.

Vivaldi relates his music to the texts of sonnets. Possibly written by himself, these are written directly into the manuscript giving specific descriptions to the musical narrative.

Since Vivaldi’s day The Four Seasons has been used in arrangements, transcriptions, covers, remixes, samples, and parodies in all manner of genres from film soundtracks to rhythmic gymnastics and synchronised swimming – all broadened the awareness and appeal of this amazing music far beyond the classical spectrum.

In 1970 the Argentina composer Ástor Piazzolla published Estaciones Porteñas – The Four Seasons of Buenos Aires. Inspired by Vivaldi’s masterpiece this work will also performed in the 8 February Firebird concert. More on that extraordinary work in the next newsletter…

Directed from the violin by Thomas Gould

Coming up from Firebird
Scroll to top