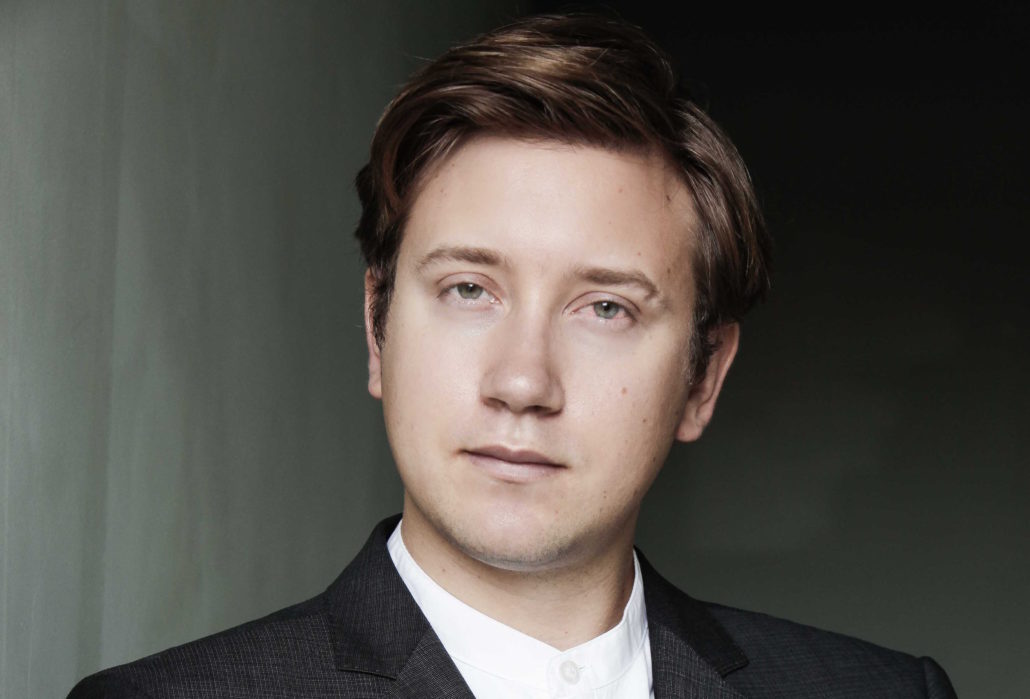 George Jackson, one of London Firebird Orchestra’s conductors, talks to Nicholas Keyworth. He first conducted the orchestra in 2014, in a Vienna-style New Year concert.  Since then, he has collaborated on a number of different projects, encompassing many different styles.

I started by asking George to explain how he first got involved in music and about his professional development to date:

“I was in a band as a teenager, and came to ‘classical’ music quite late in the game. I remember seeing ‘Tosca’ around the age of 17, and joining my local youth orchestra as a violinist: that is when I caught the bug!  Although from London, I completed all of my training outside the UK: firstly in Dublin, and then in Vienna and Weimar. My professional development took place through a series of assistantship positions, principally with Yves Abel in London and New York, and later with Robert Spano at the Aspen Music Festival.” 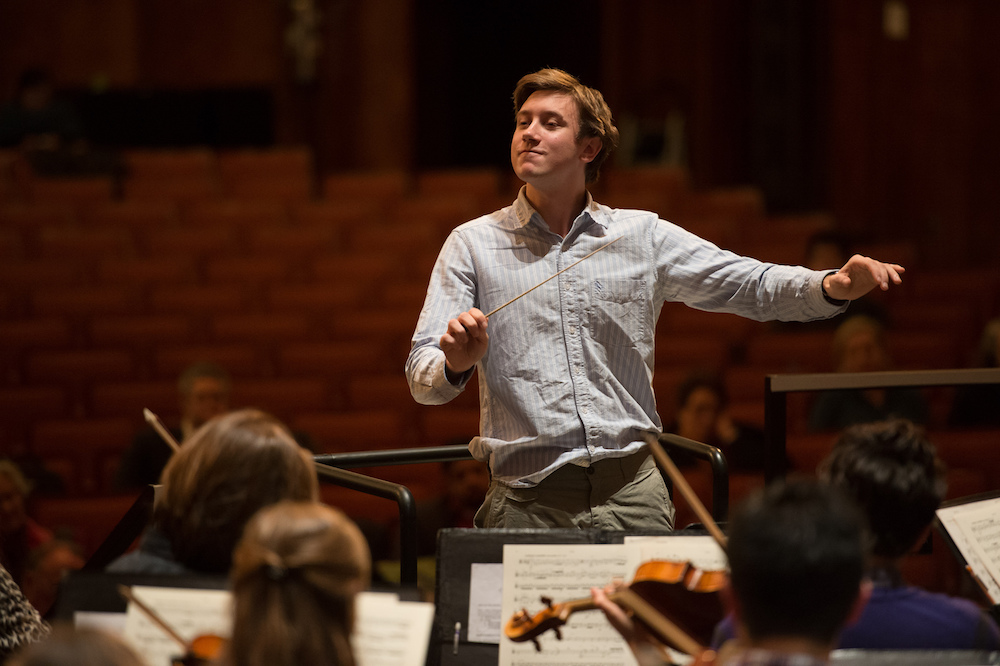 George then told me about some of the other ensembles and orchestras he is involved with:

“I tend to work as a guest conductor, which takes me to different places both at home and abroad.  This season, I will conduct a world premiere at Hamburg State Opera, embark on a North Italian tour with the Haydn Orchestra di Bolzano e Trento, and continue my relationship with two orchestras in Romania with whom I work annually, in Craiova and Râmnicu Vâlcea.  I also joined the music staff at Opera North for their Winter season, and will work on a recording project for Opera Rara with the Hallé Orchestra in Spring.”

So looking back over George’s career so far, I asked George to pick out some highlights:

“A big highlight was conducting an opera double bill with both composers in the room: Steven Stucky’s ‘The Classical Style’ and Christopher Theofanidis’ ‘Cows of Apollo’.  Working with the composer Kaija Saariaho was equally an unforgettable experience.  I also lead a professional development program at Greenwich’s Trinity Laban, placing students side-by-side with some of the country’s great orchestras.

Conducting Elgar’s First Symphony in collaboration with the Orchestra of WNO last year was a personal highlight, and I look forward to further concerts with the BBCSO and Bournemouth Symphony Orchestra under this scheme.”

I was interested to hear what really fires up his passion in music:

“I am passionate about working with living composers, and would love to be eventually responsible for a long list of commissions.  In my own schedule, I am always determined to find an equal balance between concerts and opera.  I also think cross-platform collaboration, such as live animation, is a fascinating way of reaching new audiences: I hope to be associated with projects that explore this new territory in the future.”

Finally, I asked George what he sees as the value of an orchestra like London Firebird to younger professional musicians like himself?

“The most difficult stage in any profession is the in-between bit, and music is no exception.  Navigating that gap between training and the job is a challenge, and the London Firebird Orchestra helps to smooth that transition.  A great asset of this orchestra is that they work with a variety of guest conductors, rather than just one: this focuses the attention on the players, and keeps the working environment dynamic and varied.”

“George Jackson raised the stature of the music to a rarely-encountered level, absolutely enthralling from first bar to last.”
Robert Matthew-Walker, Classical Source

Witness George’s skills as he conducts the next two 2017 concerts in Oxford and London.

Haydn in London
Scroll to top