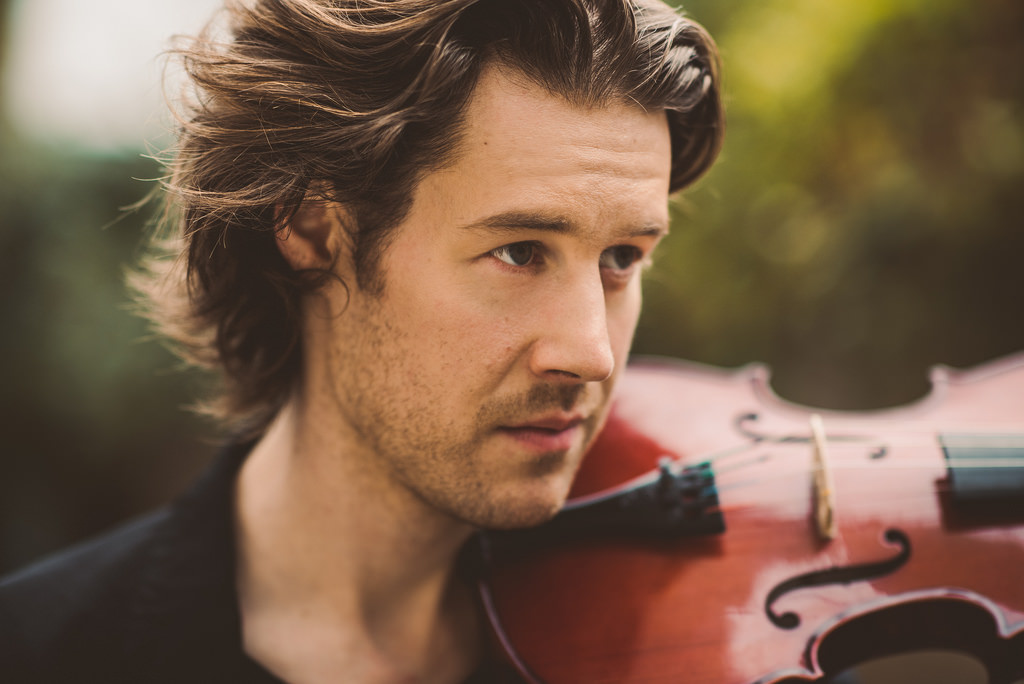 Firebird Well Seasoned is the apt title for the next concert on 8 February which will be directed from the violin by Thomas Gould – ‘one of the most talented and charismatic British violinists of younger generation’.

British violinist Thomas combines an international solo career with leading Britten Sinfonia. Born and bred in London in 1983, he studied with György Pauk at the Royal Academy of Music. He credits his sister Clio Gould with his choice of career, telling The Daily Telegraph in April 2011:

‘… it was inspirational, but more in a social than a musical way. Clio was always bringing these really lively, interesting people home to rehearse. It seemed an exciting life she was leading, and I wanted to do something similar.’

Thomas enjoys a unusually versatile career, with Fiona Maddocks describing him in The Observer as:

‘… a top soloist, happy to tackle old or new repertoire in concert hall or tramshed with symphony orchestra or accordion’.

Although Thomas’s first love is the classical repertoire, he also performs in many other musical genres, with jazz increasingly an important strand of his career.

Contemporary music is another key interest and Thomas premiered numerous works by composers including Nico Muhly, whose concerto for six-string electric violin, Seeing is Believing, Thomas recorded with Aurora Orchestra in 2011 to critical acclaim.

So how to describe this rather eclectic approach to music making? In a 2013 interview with Christopher Morley of the Birmingham Post he said:

‘It was much later that I began to apply this knowledge to the violin, having always – wrongly – thought that the violin wasn’t a jazz instrument. Now I’m in the luxurious position of being able to get up and jam at Ronnie Scott’s Jazz Club having just played a recital at Wigmore Hall. But I’m definitely a classical violinist first and foremost. I think my classical playing has benefited massively from working with musicians outside classical music.’

Thomas Gould has also performed as soloist and director with Sinfonietta Riga, with whom he recorded Beethoven’s Violin Concerto and Vaughan Williams’ The Lark Ascending.

And on the other side of the musical spectrum he has worked with Radiohead, Rufus Wainwright and Burt Bacharach.

‘One of the most talented and charismatic British violinists of the younger generation’.
– London’s Evening Standard

Directed from the violin by Thomas Gould

The King of Tango
Scroll to top